New Zealand has a very strong sports culture, especially for Rugby. We were in town this evening for the early kick off between the Hurricanes and visiting Cheetahs. Here is the Westpac stadium, home of the Wellington Hurricanes. 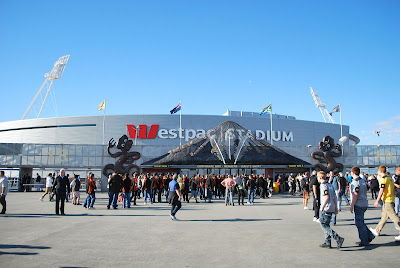 This is the Hurricane's second home game of the season. We could not make it to the first, but made it a point to attend today's game. Tickets are reasonably priced and the seats are fairly decent. We were assigned a row just behind the posts and touch line. 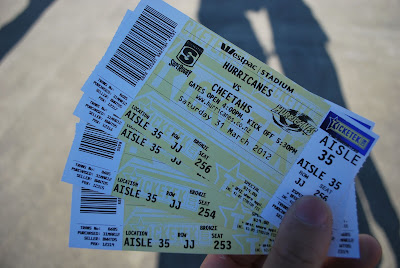 The fans were up in arms... 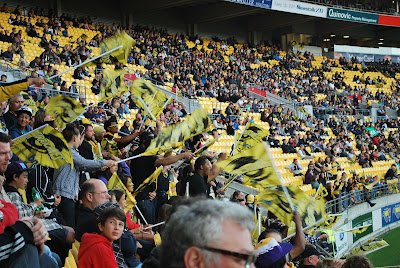 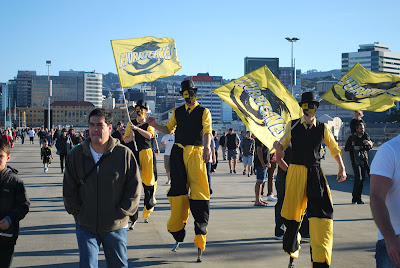 Captain Hurricane was ready to steer his team past their opponents... 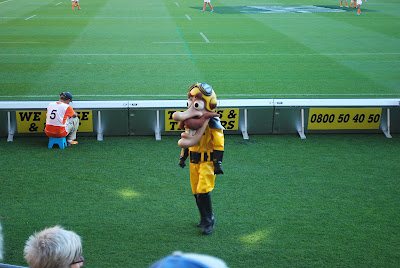 ...and they did get off to a flying start. Beauden Barrett with the conversion attempt. 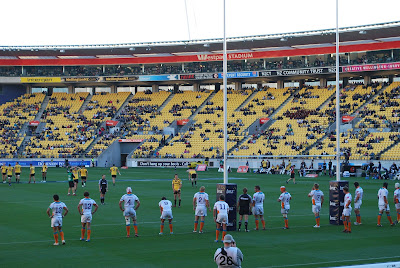 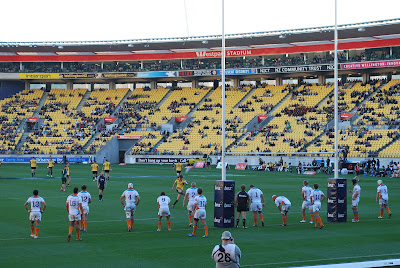 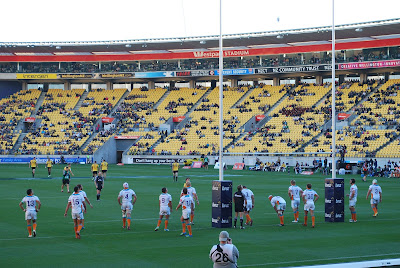 The rest of the team got into action as well, breaking free. 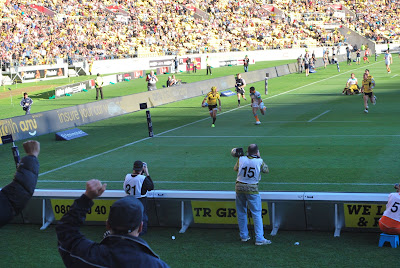 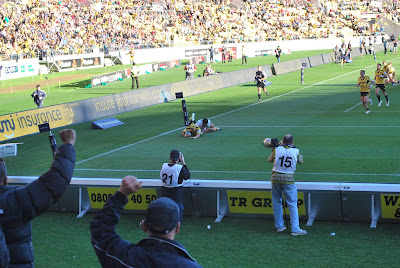 That one was for the fans! 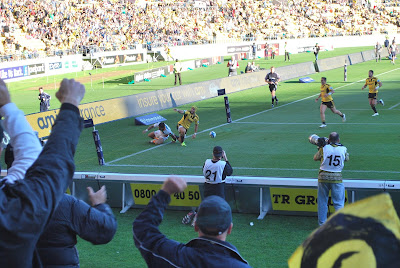 Now let's get this party started. 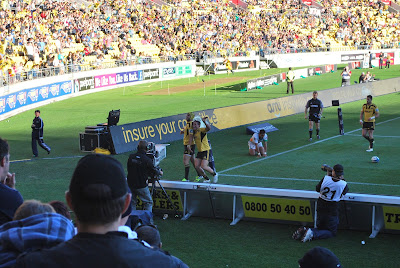 The only problem was that it did not work out as planned. After rushing to a 32-16 lead, the Hurricanes fell flat, got mauled by the Cheetahs and ended the half level, 32-32. The latter would then return to finish the job and leave the home team disappointed.

Bar the result, we really enjoyed our first live rugby game, so much that we can definitely see ourselves coming back for more. The atmosphere was awesome and the fan support was wonderful. It's always a great feeling to see different people from all walks of life gathered together by passion to support a cause. Till the next game against the Christchurch Crusaders!

On a separate note, as I'm writing this entry, I got to relive the last hour of 31st March 2012. We must now be familiar with the term, daylight savings. We got to turn back our clocks by an hour, which means we get an extra hour of sleep tonight!