Dancing and the Stars

The Royal New Zealand Ballet's NYC production was in town last Saturday and we caught their performance at St James Theatre with Janette.

Gwyn had been eyeing the event ever since we first stumbled upon it along Courtenay Place about a month ago. It only took Janette's casual comment on Saturday on wanting to watch the ballet for us to enthusiastically jump off our seats and tag along. We were fortunate enough to be able to grab our tickets mere hours before the sell out performance. Surprisingly, they were pretty decent seats too.

While I could quite possibly get away with a pair of denims in Singapore, it's not quite the same here. New Zealand is not the most fashion conscious country in the world but people do take the effort to dress up for the Arts. So, I suited up and off we went to NYC. 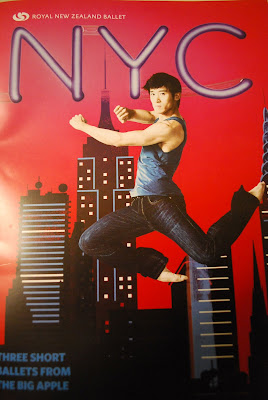 We became fans of dance since we first saw So You Think You Can Dance. Ballet was one of the featured genres and we quickly fell in love with it. How ballerinas manage to gracefully move around, as if they are as light as feather never fails to amaze me.

There were three acts in total and it was interesting to note that performances here do start on time, unlike infamous Singapore wedding dinners. We were also pleasantly surprised to spot Ginny Gan, a Singaporean dancer who was part of the crew.

It was a beautiful performance, exquisitely executed. I enjoyed the later two acts more than the first, which was maybe a tad too sugary for my liking. Gwyn will beg to differ.

After the performance, we had our first encounter with a Hollywood star. Gandalf, from The Lord of The Rings fame was amongst the crowd!

Gwyn totally lost it when she went : "KEVIN, it's GANDALF", with Sir Ian Mckellen only about two metres away.

I didn't react any better, reflexively hastening my steps to gaze at him, with both eyes wide open and a gaping mouth. That sequence of events certainly did not escape the attention of the White Wizard, who reciprocated with a gentle nod and smile. Gosh, was that embarrassing! 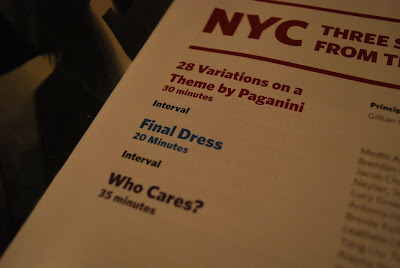 Gandalf wasn't the only star we managed to see. Just yesterday, we were greeted by a lovely sunset from our dining area. 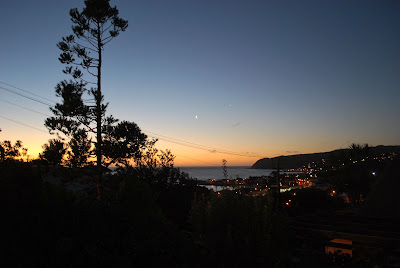 Isn't it beautiful? Can you spot Venus and Jupiter in the picture? =) 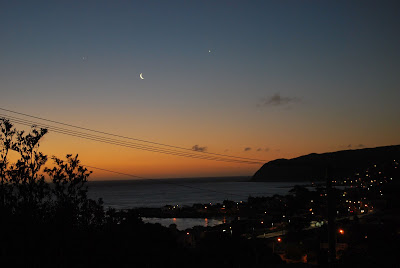 Janette, the astrologer in the house shared that Venus was the bright star on the right of the moon, while Jupiter was the faint star on the left of the moon. It was a lovely sight.
Posted by Kevin